I started the day late and first went to Innovations in Democracy: 100 Days of Trump. This was a keynote presentation featuring speakers like Senator Mark Warner and Peter Baker of the New York Times. 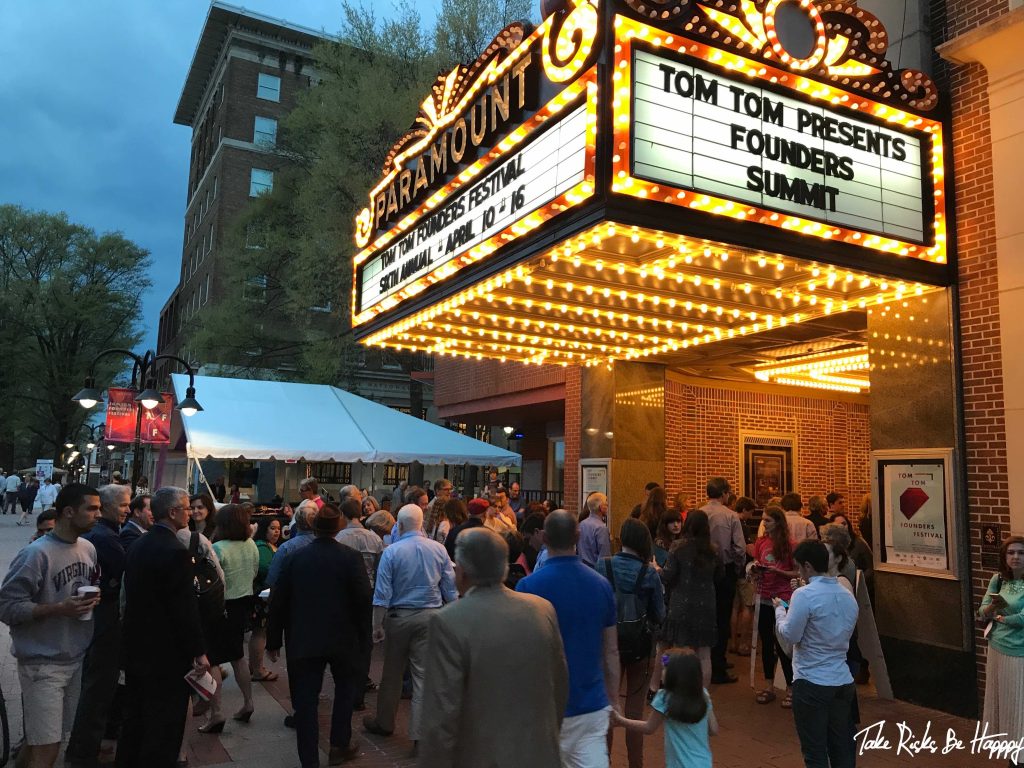 The big names drew quite a crowd. 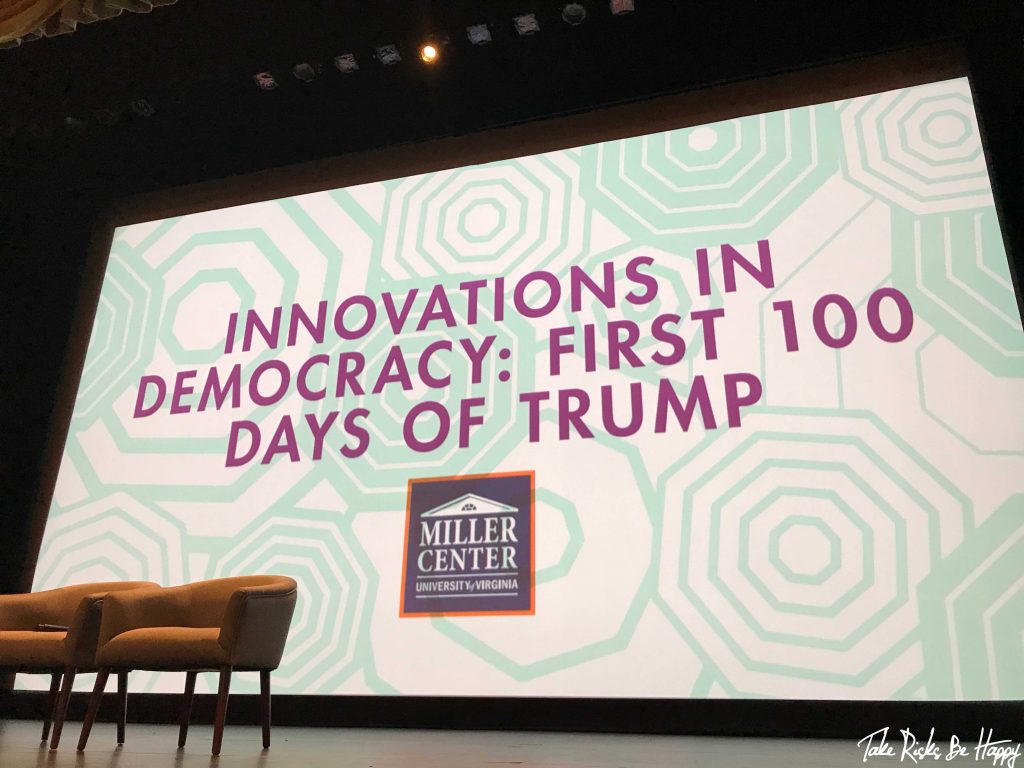 The stage was set… 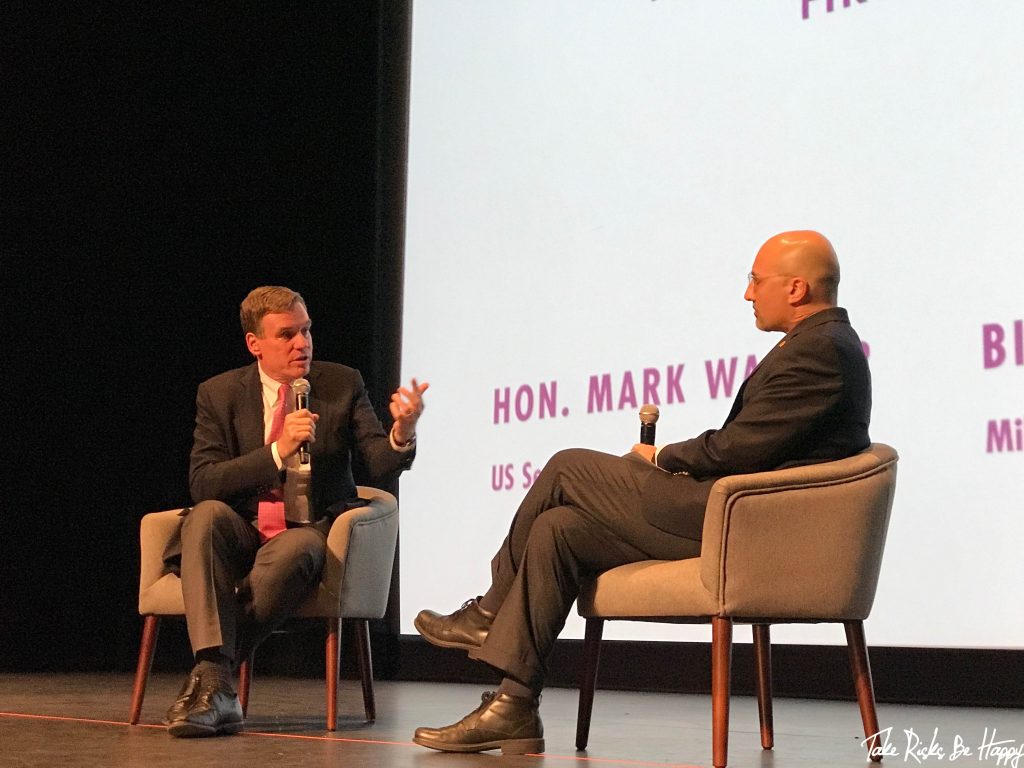 Senator Mark Warner (D-Va) primarily discussed the extent of Russian hacking in the 2016 election and the future of democracy in the digital age. He had a sober but serious take, warning that American democracy itself was at stake if we cannot prevent foreign meddling in our democracy. 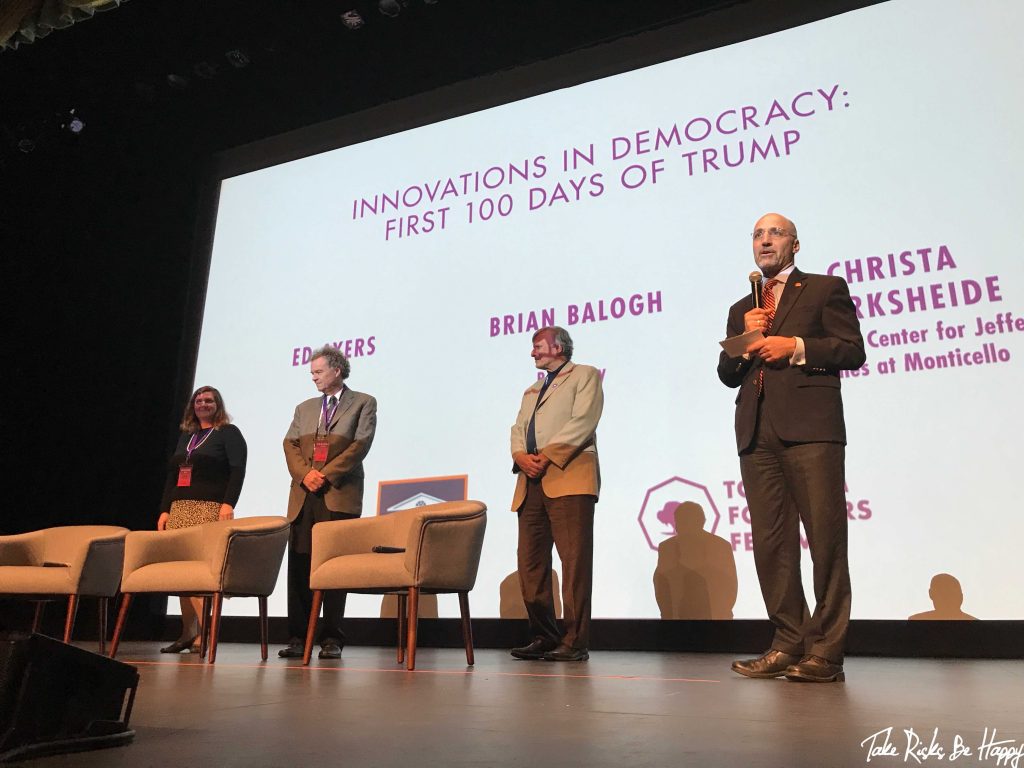 Next was a discussion on Trump’s use of social media like Twitter and various similar historical parallels, from the spread of newspapers in the 18th and 19th century, to the bitterly divided late 1800’s. 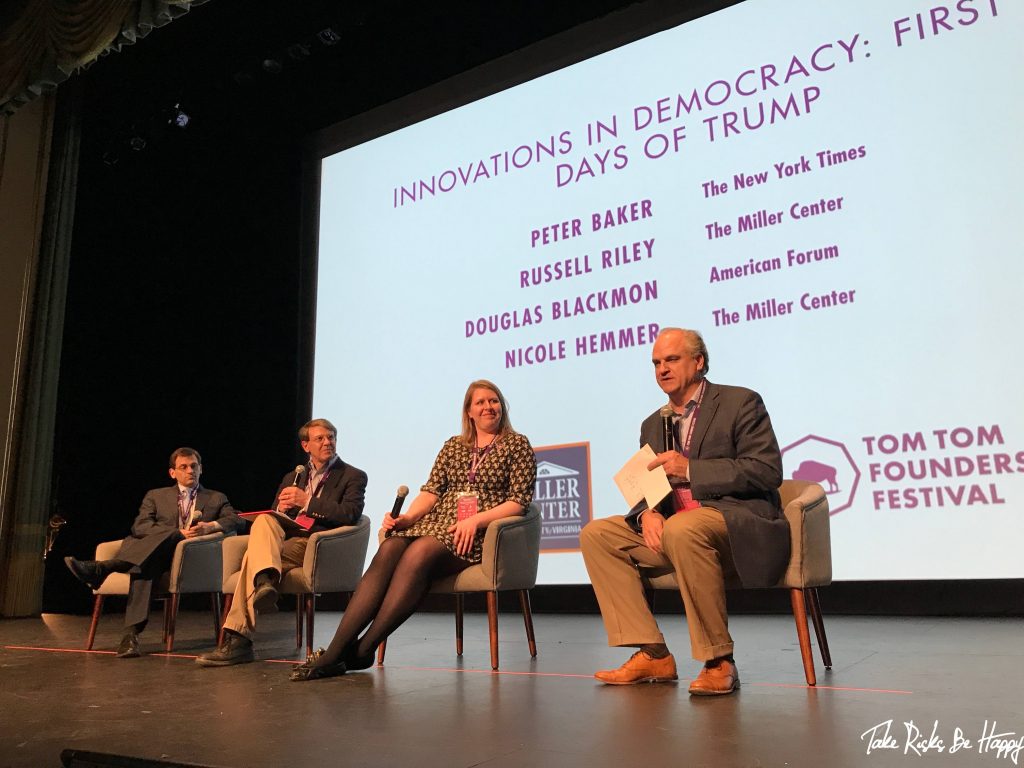 We then watched a discussion with Peter Baker of The New York Times, Russel Riley of The Miller Center, Douglas Blackmon of American Forum, and Nichole Hemmer, also of The Miller Center. As is usual these days, the discussion revolved around Trump. One interesting fact discussed by the group is that only around 20% of the conflicts and drama that are going on in the White House are actually reported contemporaneously–the rest is only disclosed later. This suggests that, despite all the leaks, many things are happening in the Trump White House that we are not aware of. 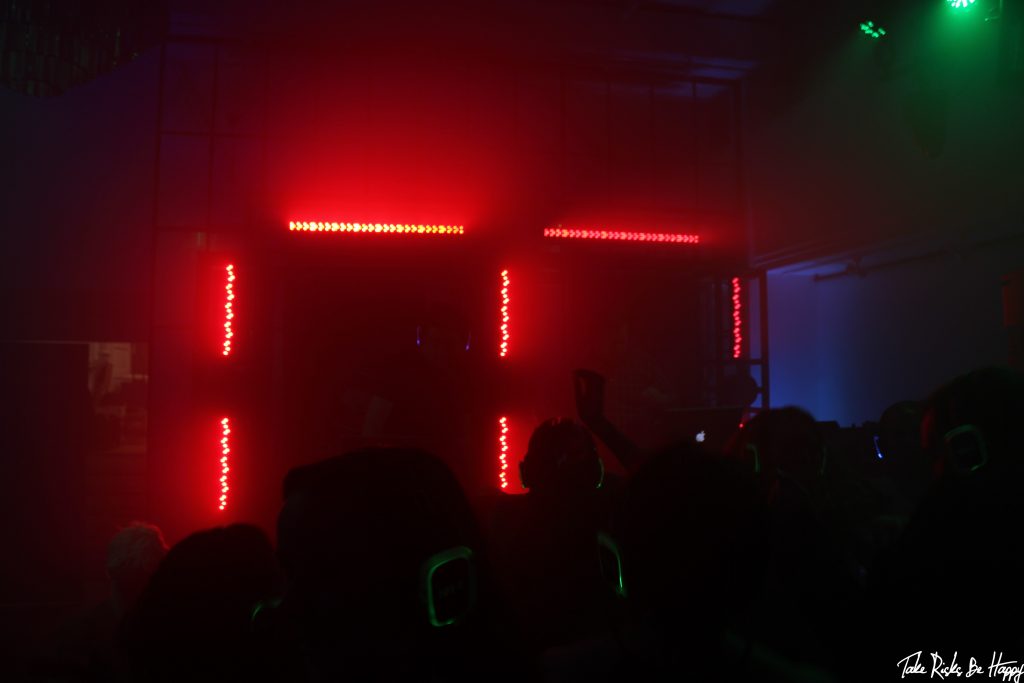 After all this politics I was ready for something else, so I headed over to the silent disco. What is a silent disco? Well, I’m glad you asked. It’s a dance party where all the music is played through headphones, allowing you to choose what you listen to–and control the volume so you don’t go deaf. 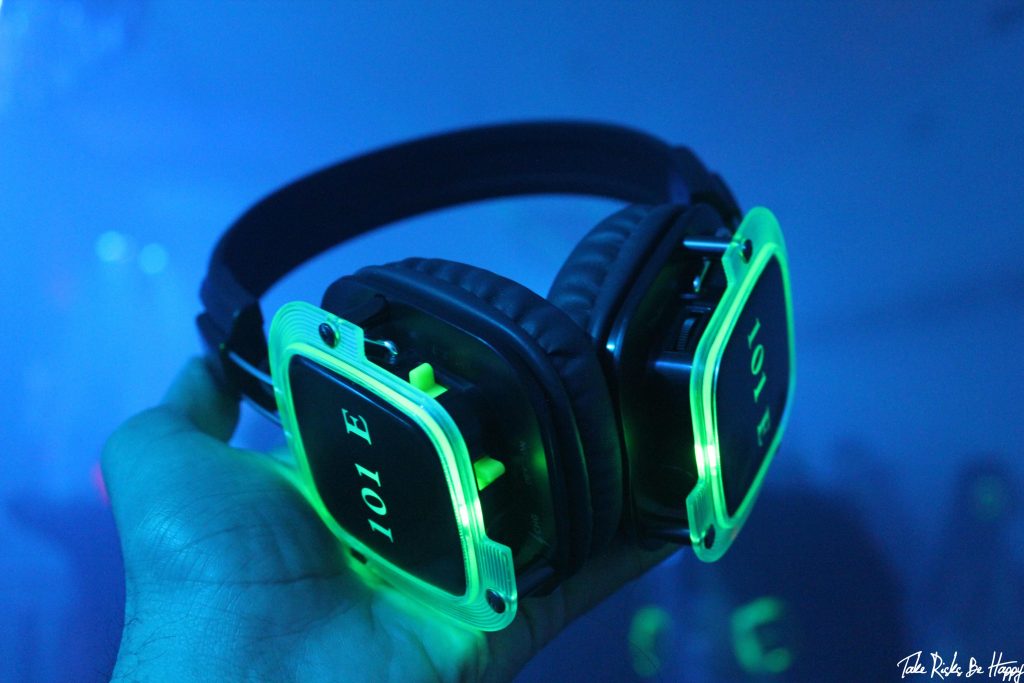 Here’s how it works. You get a headset which is connected to three music streams. You move a button on the side to switch channels. The color of the headphone changes depending on which channel you are listening to.

Blue was electronic music, some of which was interspersed with heavily remixed versions of recognizable songs.

Red was rap and hip-hop, in this case it seemed to be a lot of old school hip hop, most of which I didn’t recognize. 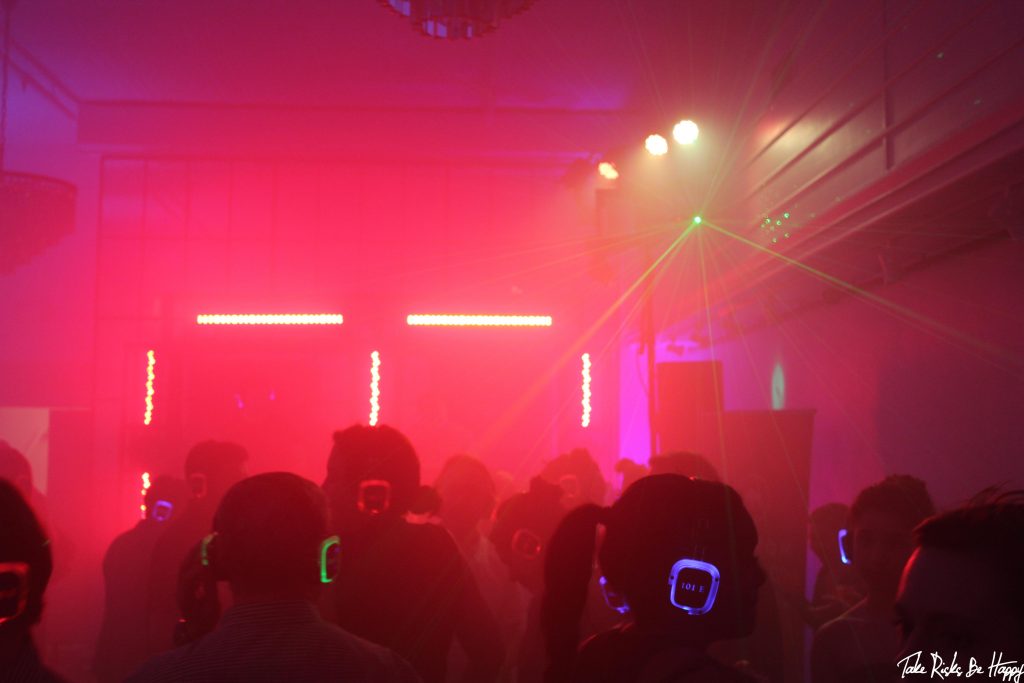 Since everyone is wearing the same headphones, you can see which channel each person is listening to. I frequently changed my station, as did other people. 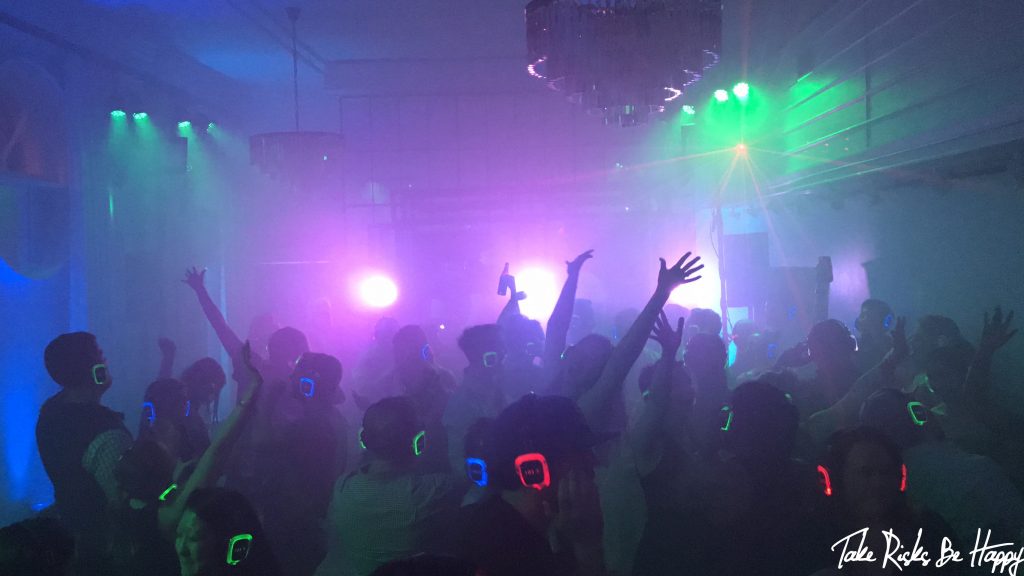 This was SUPER AWESOME and is something everyone needs to try once. People were into it and it was so cool being able to choose the music and not go deaf listening to loud techno. 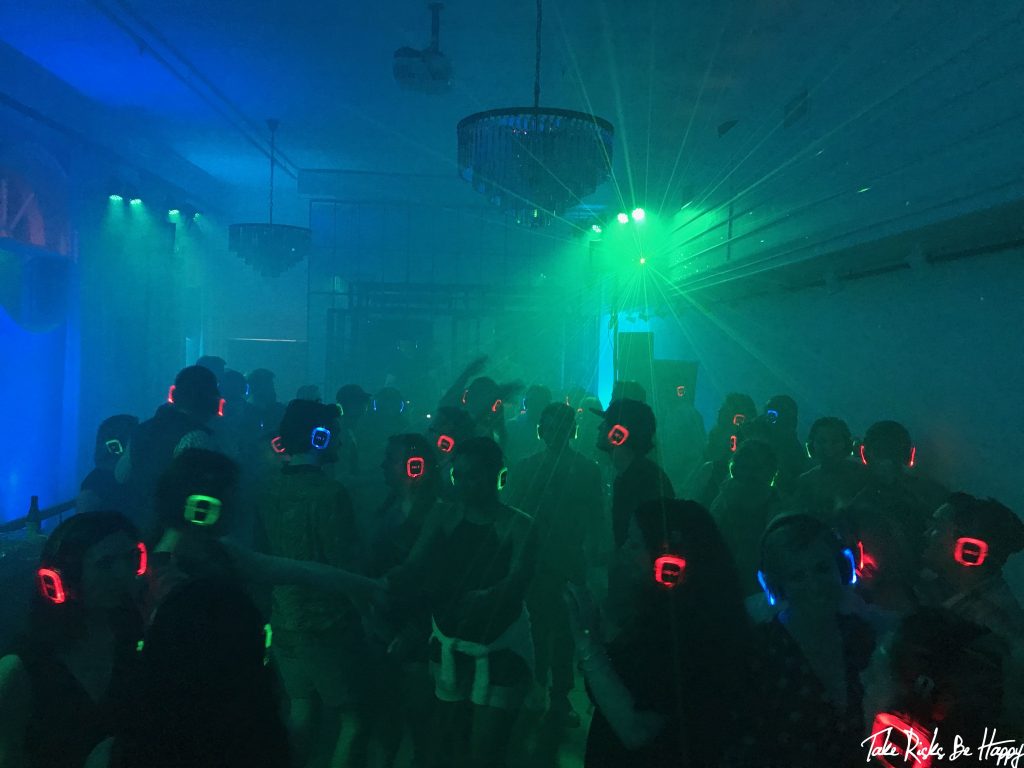 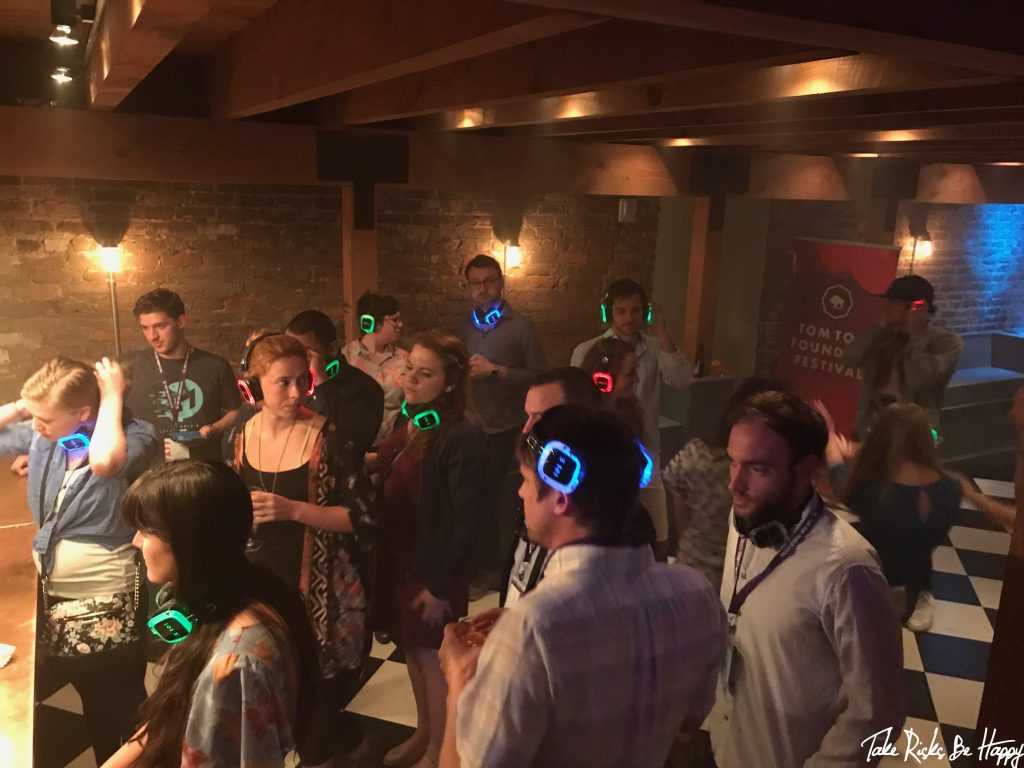 Downstairs there was a bar and an area to mingle, although since the music is only playing through headphones, you can actually comfortably talk on the dance floor. 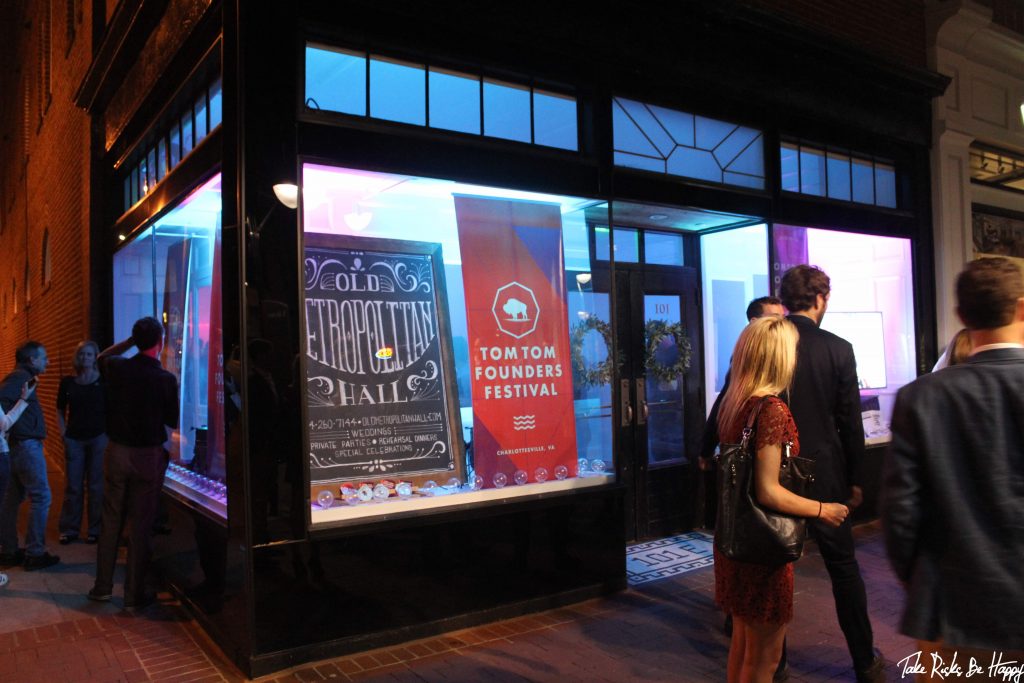 And that was it, the night was over. Tom Tom day four was fun! For more on Tom Tom Fest, check out our coverage of day one, day two, and day three.

Humans have always dreamed of having the freedom of flight. While we are certainly living in an aviation age, only a precious few can…