Hyperbeard Games is the studio behind hit mobile games like Kleptocats, Alchademy, and Mueritos. Hyperbeard co-founder Antonio Uribe shared how they developed the Kleptocats, the very interesting story of how everyone met, and how beginners can learn to develop mobile games. Antonio and the Hyperbeard team reveal how some great games have been made and how you can make them yourself. Let’s dive in!

What is the story behind HyperBeard? How did you guys meet and how did you decide to start developing mobile games?

Everything started with JP (Co-founder and Art Director) and me around 2012, if I’m not mistaken. At that time I was working in another game dev studio and I went to my University to check on some things. I was working at a tech lab there when I overheard someone talking about Breaking Bad and he introduced the show by saying that the guy that was Malcolm’s father in Malcolm in the middle acted like a narco in this show. It was the same way I recommended the show to friends. I approached him and his team and I started talking to him about games, art and just things. After an hour of talking with JP I called my then colleague and I said “we need to hire this guy, he’s amazing”.

Flash-forward to a couple of years later, we both were in a weird position in life. I stopped working on games and started developing web sites to pay the rent and he was working on publicity. It was January 2014, we decided to work together on a game for Global Game Jam. The other jammers really liked our game and at that point we decided that we were enough to make games. A couple months later we started working on Bouncing Dude, the very first HyperBeard game.

The decision to make mobile games came from our experience. I started developing android apps, then moved to iOS and then to Unity and Corona SDK. We worked mostly on mobile games at that point and we didn’t have enough time to make something big because HyperBeard was just a thing we did on our free time.

What have been some of the biggest challenges you’ve encountered when developing your games?

Because we started HyperBeard as a hobby, something we did on our nights and weekends the biggest problem at the beginning was to find the time and motivation to make our games. When we found our rhythm, the next thing was probably finding our own voice. As you know, the mobile world is full of awesome games and getting the attention of the world is not something easy to achieve.

Moving from hobby to real studio was something complicated too. Finding the right people to trust their money on our ideas and products is never easy.

There are thousands if not millions of games out there. How do you approach game design to be sure that your apps stand out?

You know, I think this is part of finding your own voice. As I explained in the other question, we worked on that since the very beginning, trying to bring something interesting to a saturated platform. Even though we had relatively success with earlier games, I think we found our own voice with KleptoCats and every game we made after it pushes the brand a little further. 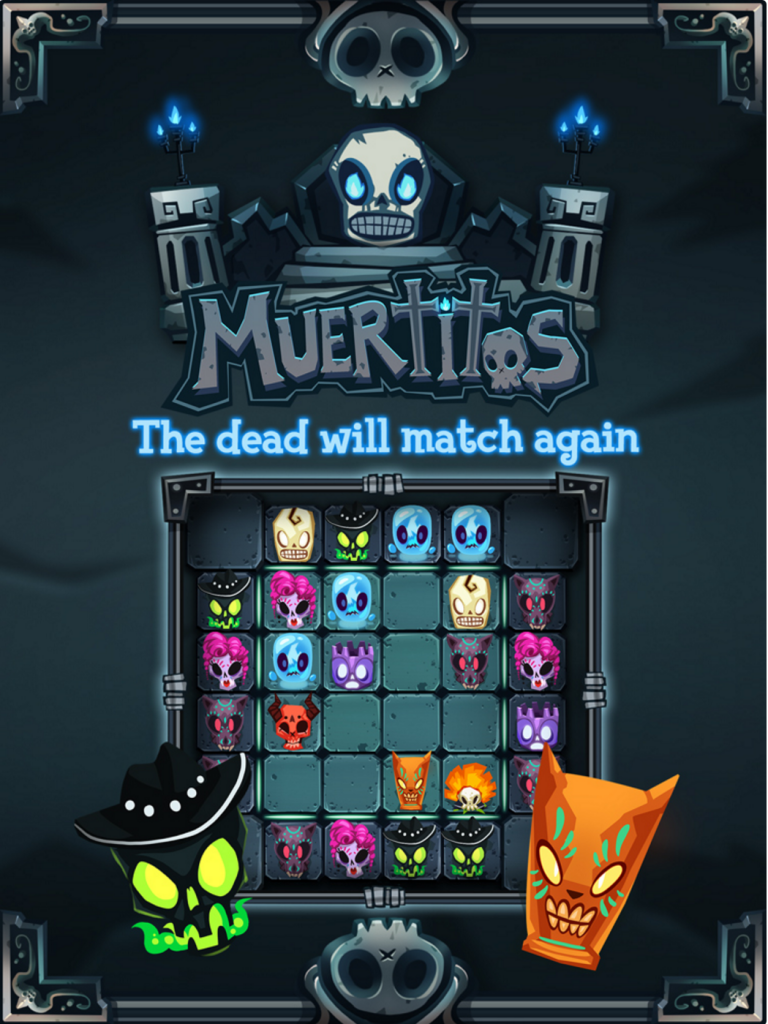 How did you design the Kleptocats? They are so cute!

This answer comes from JP, Co-founder, Art Director and the one that designed everything on KleptoCats.

Hahaha well, aside from the love of drawing really cute chubby cats. I was looking for a simple style that was easy to recognize at first glance and since we were gonna be drawing a lot of items and cats we needed a style that would be easy to reproduce. So we settled on simple thick black lines and flat colors. Plus drawing things like this makes them 1,000,000 % cuter.

Have iOS or telegram stickers resulted in increased downloads of your games?

Being a success in the mobile stores they always try to get you on their new things since the very beginning. We tried the stickers because was simple enough and we were interested in the idea. I don’t have actual numbers of both platforms but I don’t think they drive installs to the game, I think it is the other way around. People that love KleptoCats go download the stickers.

I think we found our own voice with KleptoCats and every game we made after it pushes the brand a little further.

How do you decide which emotions to include in your stickers, and how complicated is it to put together a sticker pack?

For Telegram it’s just drag and drop, nothing else. You can’t monetize or make animations, though. On iMessage you need to have a dev account for iOS and some knowledge of Xcode, other than that is not that complicated to make. For the design we tried to follow some emojis and the stickers that we actually use in the services. Stickers are meant to be used in conversations, so they need to show emotions and feelings. Other than that I asked Kyu (another artist that works with us) to go crazy and designed them as she wanted.

How did you come up with the name HyperBeard?

I don’t really remember. JP and I were together working on our first prototype and we were just throwing name ideas, whatever came to mind. We got to a point where we were just saying random things out loud and HyperBeard happened. I don’t even remember who said it.

Do you think freemium, paid, or free games with ads are the best business model for mobile gaming apps?

I think the three are very viable models, but it completely depends on the kind of game you are trying to make. Monetization needs to be planned around the game and not the other way around. For our games, we just follow what feels best. We all know how app stores are, at this point it’s really hard to make a successful premium game but we still see several every week. Some stores are trying to help in their own way but users are used to not paying and getting good quality games for free, that pushes the developers to make free games and find other ways to monetize.

Do you recommend beginners learn to develop on iOS or Android?

Every platform has its own pros and cons. If you want to make games, I always recommend to focus on an engine (that exports to your desired platforms) instead of doing everything on your own, it’s just easier. In HyperBeard we use Unity that can export to Android, iOS, PC, OSX, Linux, Web and most of the lates consoles. For beginners that want to just learn Android or iOS development, probably Android is better because it is simple to understand how to upload things to the device, iOS is getting better but sometimes it is still a little bit more complicated. For the programming part, none is easier than the other, they are just different and learning each is its own path.

Definitely! They don’t need to learn to code natively, they can use frameworks or engines. Currently we are using Unity and we love it, with a tool as powerful as Unity we can release our games to mobile platforms and maybe, in the future, even consoles or PC.

What are the best resources for beginners to learn how to code games?

The Internet is full with tutorials in all the possible ways. Blogs, forums, FB groups, videos, etc. When learning a new technology, I always start with their own content and documentation and then move to the forums, after that is just working on my own things using google to learn more and fix my problems.

Here’s a resources on how to start with Unity. Pixel Prospector has awesome information about different themes related to making games. Gamasutra also has a big collection of posts by game developers all over the world. GDC and other GameDev events (like Unity’s Unite) have a lot of videos and information in their YouTube from tons of developers. ExtraCredits has amazing analysis on games and game making.

What is next for HyperBeard?

We just published Clawbert, a UFO catcher game. We are giving the publisher way a chance to see if it makes sense for us. At the same time, we are developing a couple ideas and we are thinking about soft launching one in a couple of weeks, so pay attention to our social networks.

More in the future we are thinking about making bigger games, still on mobile with the possibility of porting them to consoles or PC.

Michael Dubova is the founder of Dubova Musical Instruments, an independent, handmade musical instruments company specializing in guitars and mandolins. We caught up with…